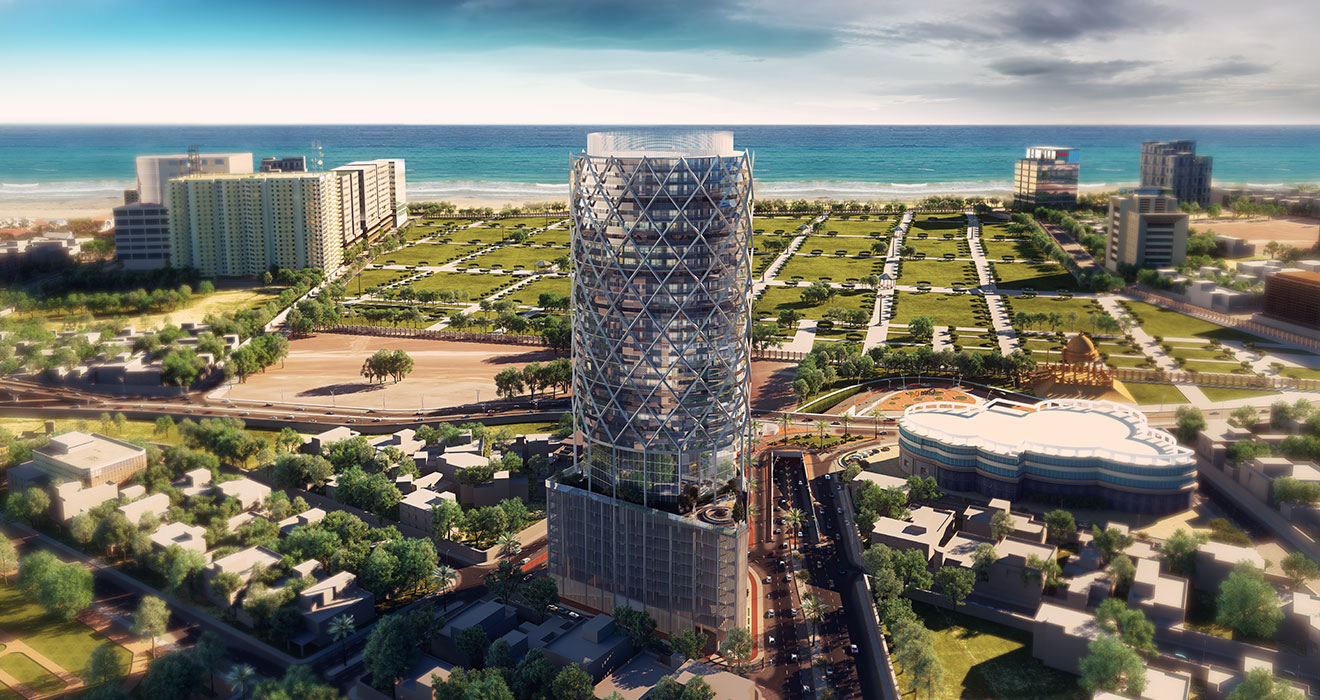 Architectural wonders are not many but The Orchid has proved to be one. Situated in one of the prime locations of Karachi, Pixarch takes pride in forming the majestic visualization of The Orchid.

Ranging from the 3D views to adding intricate yet appealing details, Pixarch architectural visualization Karachi based team has exerted its utmost best to formulate a visual wonder using their exceptional 3D animation services for The Orchid. The 3D animations are not what everything Pixarch has done for the project’s visualization as the photorealistic views is also rendered remarkably.

The team of expert animators, 3D architects and designers have acquired the skill to provide 3D architectural animation services that comply with international levels of quality for all its clients and that is exactly what they made possible for The Orchid. While the tower itself is up to the standards of exceptionally designed projects, the 4K quality 3D animation rendered by Pixarch has surely done justice to its grandeur.

As for the design captured by 3D artists, it has been made sure to have a linear yet abstract visual aesthetics. It can be easily deemed as a diamond in the sky for its alluring visual persona that captures the attention of those who pass by it. The Orchid Tower has an architectural design that is equal to none of its kind and located amidst the core of Karachi, the elegance of the tower can simply not be overlooked.

First of Its Kind

You seldom see exoskeleton models of architectural towers and buildings but The Orchid Tower elegantly boasts its uniqueness through its sophisticated and well-defined design. Since static visuals could not alone bring justice to its beauty, Pixarch architectural visualization studio and the team exerted its utmost best to come with a luxurious outlook on its design with 3D animation services. It certainly worked and the aesthetics of the tower were amplified to a greater level.

In the 3D animation, you could feel as if you are out on a tour of the tower and the buyers have said that they have never felt so safe. The animation does not only highlight the visual beauty of The Orchid but it also showcases its exquisites lobbies that have a contemporary management system for all its residents and their safety.

A Firm Name In The Industry

The architectural industry of Pakistan has gained a boom after the development and building of high-quality projects such as The Orchid. Skyscrapers and state-of-the-art towers were just a mere dream back then but with the efforts of top architectural visualization companies such as Pixarch, the dream has been shifted to a full-fledged reality.

The delicate exterior and interior of the tower contain all the required residential functions but in a far better extensive and practical manner. Living in The Orchid is not just living in a residential building but is an experience the people of Karachi would love to have.

Along with all of its impressive features, facilities, and amenities, The Orchid is nothing short of an architectural grandeur that has earned its place in the exclusiveness people look for. Pixarch has contributed to its 3D visualization in a fully dedicated and devoted manner. The success of the tower due to its quality 3D visuals and animation has been made possible through Pixarch architectural visualization company.